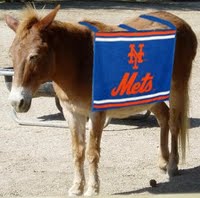 And, the game started and ended before I could write a post about it. Rats.

Oh well, the Dodgers won behind 7 strong innings from Julio Urías. Good thing, as the bullpen was pretty much gassed.

The Dodgers are generous hosts to the Cubs in the first of a four-game series, amassing no hits against an array of four Cubs pitchers.

My radiation appointment was scheduled to end at 11:30. I thought I’d have plenty of time to write up a preview of this game. My radiation oncologist didn’t like the swelling in my left foot and sent me for ultrasounds. At 4:00 I was finally able to leave.

Machado and the Dodgers’ attempts to keep him from pressing.

Madson and the late-season adjustment.

From the LA Times:

Andy McCullough on Machado and more.

Houston Mitchell on the Dodgers’ previous results against the Brewers.

In his regular Dodgers Dugout column Houston Mitchell of the LA Times does a position-by-position comparison between the Dodgers and Astros, which I think is tilted a little toward his hometown team. But here’s what I found interesting in the column: a discussion of ticket pricing and a prescription for what to do about the secondary market.

Places like StubHub are asking for $1,250 for a seat in the top deck. Unless you were the lucky ones to win the chance to buy tickets through the Dodgers.com lottery, there’s no way an average fan can attend a game. That’s a crime. I have kids to send to college. Am I supposed to tell them, “Sorry, no college for you so we can go to a World Series game?”

If I was the Dodgers, here’s what I would do:

1. Discover which Dodgers fans are selling their tickets through a secondary market for a jacked-up price and bar them from ever buying a postseason ticket again.

2. Buy up as many secondary tickets as I could and pull more names from the online lottery. Sell the tickets to those people.

I was curious and looked at StubHub; I discovered that the least-expensive ticket available for a game at Dodger Stadium was $950, and that was a week ago. I don’t know if Mitchell’s suggestion would work, but he’s definitely got a point. Of course, this isn’t new. I remember a Roger Angell column from 40 years ago in which he wrote of a conversation with a player in the Series who looked up in the stands and asked “where are all the people who were here all year,” meaning all the seats were now in the hands and fannies of corporations and the like, not the long-term fans.

Seager is healthy enough to play, they and he say. Also, Charlie Culberson kept the ball he caught for the final out of NLCS Game Four, but he hasn’t yet found a really good place to display it.

Here’s an interview with Orel Hershiser in which he insists that what he did in 1988 (and there’s a brief recap of the number of appearances he made in the postseason) could still be done by today’s athletes if needed, but lineups and bullpens are built differently now.

USA Today picks its best All Star Game performers at each position. Garvey and Drysdale make the cut.

Miami is home to passionate players as well as fans.

What’s it like to be Latino in MLB today? Prospects, starters and future Hall of Famers share their stories.

“We are not understood. We have to adapt. There are things we are not used to doing in our countries. When you keep doing things wrong, people get tired; I even got tired myself. There should not be so many rules. You just have to do your job and let people have fun, which is what I was doing in 2013. They’ve wanted to change so many things about me that I feel so off. I don’t feel like the player I was in 2013.”

Unused sports venues can represent millions in wasted money, but also in lost moments of joy and sorrow.

Via the Dodgers Dugout email from Houston Mitchell of the LA Times:

Since the All-Star game began in 1933, which Dodgers have pitched the most career innings for the team without ever appearing in the game?

And which Dodgers batters appeared in the most games without ever making the All-Star team?

It doesn’t startle me that none of those pitchers ever made the All Star Game, but I am surprised that neither Karros nor Parker ever made it. It may be that first base has been a traditionally star-laden position.

The Phillies send RHP Nick Pivetta out to make his major league debut. He was 3-0 with a 0.95 ERA in three starts in Triple-A. He’ll face the Dodgers’ Hyun-Jin Ryu (0-4, 4.64 ERA), who had a good start his last time out, holding the Giants to one run in six innings.

Note: Yasmani Grandal has a 1.117 OPS against the Phillies, the highest of any active player.

“For the fourth straight game, a rookie starting pitcher earned the victory for the Dodgers.”

It’s true. DeLeon on Sunday, Maeda on Monday, Stripling on Tuesday, and Stewart yesterday. According to Elias Sports Bureau

it was the first time in franchise history that the Dodgers won four straight games with a rookie starter getting the win each time. The last team to do so was Oakland from Sept. 9-12, 2012.

For the record, the As’ pitchers were Tommy Milone, now pitching for the Twins; Jarrod Parker, who last pitched in OB at AAA Nashville for the As; Dan Straily, who’s having a pretty good 2016 for the Reds, although the Dodgers beat him 3-1 on May 25; and A.J. Griffin, who’s now pitching for the division-leading Texas Rangers.

The streak has probably stopped for the Dodgers, though, unless Urias picks up Kershaw in relief tomorrow night.