When the Braves send RHP Ian Anderson to the mound this evening he’ll be the sixth-youngest pitcher ever to start a postseason elimination game. He’s made three starts in the playoffs, going 15 2/3 innings without allowing a run, including four innings against the Dodgers in Game Two of this series. The Dodgers failed to take advantage of the five walks he issued during that outing and lost the game. It seems unlikely he’ll be that generous again, but if he is they’ve got to score those runners.

The Dodgers have not yet announced who’s gonna start, but Gonsolin seems to be the likely choice. He could go deep into the game or, if he falters, he could be pulled quickly. The Dodgers have several fairly well-rested arms in the bullpen, although they may be well-rested because they’re not entirely trusted. Who knows?

Update: In a surprise to me, RHP Dustin May is going to start for the Dodgers. He went two innings in the Dodgers’ 7-3 win in Game Five, starting the game and giving up three hits and two runs.

Please, Roberts, do not be tempted to use Clayton Kershaw on short rest. He is no longer the 22-year-old wunderkind of ten years ago. He’s a guy with 2,300 innings of major league baseball under his belt. Asking him to do anything in today’s game would be setting him up to fail in the postseason again, and he deserves better from his bosses.

The catch didn’t steal a homer, but it would have scored a run and put Ozuna on 2nd or 3rd. It was Betts’ reaction after he caught it that really amused me, though:

2013 The Cardinals advance to their second World Series in three seasons, routing the Dodgers, 9-0, in Game 6 of the NLCS. St. Louis, behind the timely hitting of Carlos Beltran and the strong pitching performance of rookie right-hander Michael Wacha, beats Clayton Kershaw (16-9, 1.83) for the fourth time this season, including a pair of victories in this round of the postseason.

RHP Michael Wacha (6-4, 5.15 ERA) goes for the Redbirds and RHP Tony Gonsolin (0-1, 5.63 ERA) pitches for the Dodgers. Wacha has bounced between the Cardinals’ rotation and bullpen this season for reasons of inconsistency and the emergence of Daniel Ponce de Leon as a starter. In two games with the Dodgers this season the 25-year-old Gonsolin has pitched eight innings. He’s given up nine hits, seven runs (five earned), one home run, no walks and six strikeouts.

Here are Muncy’s activities in Sunday’s game, including his walk-off double:

The Dodgers ask RHP Walker Buehler (1-0, 6.75 ERA) to stop the bleeding and salvage one game in this four-game set. He’ll face the Cards’ RHP Michael Wacha, (0-0, 1.54 ERA). Buehler went five innings and got the win his last time out against the Rockies, while Wacha somehow got past 8 walks in 5 2/3 innings in his last start, giving up only one run to the Padres and getting no decision. Wacha’s given up 12 walks in 11 2/3 innings this year while striking out 14. 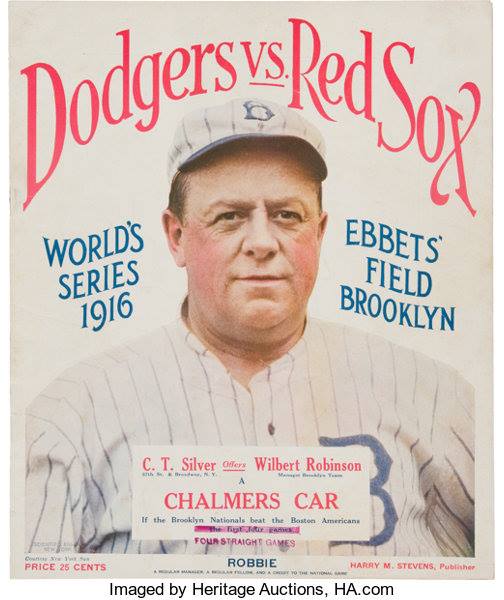 The Dodgers send the very well-rested LHP Alex Wood (16-3, 2.72 ERA) to the mound to try to close out the series. The Cubs will ask RHP Jake Arrieta (14-10, 3.53 ERA) to put up a roadblock in front of the Dodgers’ seemingly-unstoppable steamroller.

Wood hasn’t pitched in three weeks; he was scheduled to start Game Four of the Dodgers’ NLDS but they swept the D-Backs in that series. He’s been throwing simulated games and yesterday he declared himself ready to go. Arrieta pitched in Game Four of the Cubs’ NLDS against the Nats, going four innings, throwing 90 pitches, giving up an earned run and losing 5-0. He’s a former Cy Young Award winner and once threw a no-hitter at the Dodgers; presumably they won’t take him lightly.

Grandal gets a start, Ethier and Utley get second starts, and Granderson gets a start. This may be the Dave Roberts “keep guys happy as much as I can within the needs of the team” approach to managing.

RHP Kenta Maeda (4-2, 5.08 ERA) pitches for the Dodgers. He hopes his second start against the Cardinals within a week goes as well as the first, when he gave up three runs in the first but righted the ship, went five innings and got the win. RHP Michael Wacha (2-2, 3.66 ERA), on the other hand, wants to improve on his performance last Thursday against the Dodgers, when he went only four innings, allowed seven hits, six earned runs, two walks and lost the game.

Early returns from this year’s All Star Game voting: Seager at the top, Turner and A-Gon in top five at their respective positions.

In Wacha’s last start he went six innings and allowed four hits and no runs to the Giants. He’s gone into the sixth or longer in every start he’s made in 2017. He’s 1-2 with a 3.57 ERA against the Dodgers in four career starts. Maeda is coming off the 10-day DL for hamstring tightness, but in his last start prior to that he went 8 1/3 innings and gave up two runs on five hits to the Pirates. He’s faced the Cards only once in his career and got a win.

The Dodgers reinstated Maeda from the 10-day DL and placed Pederson on the 7-day concussion DL.

JT is having much too much fun with Animal, who thinks the Dodgers need a drummer:

Tonight’s pitchers: The Cardinals’ Michael Wacha (2-3, 3.12 ERA) will pitch against the Dodgers’ Ross Stripling (0-2, 3.82 ERA). They were teammates at Texas A&M for three years and were each drafted in 2012. That winter they even roomed together and they work out together in the off-season. Knowing how these things work, they’ll probably try to beat each other’s brains out on the diamond tonight.

Wacha has lost his last three starts and Stripling’s most recent was the best since his first of the year. In those starts the Cards’ pitcher has given up four home runs which cost him dearly. The Dodgers’ home run production seems to be picking up a little, so maybe…

The Astros have a 2-1 lead and send rookie Lance McCullers out to try to win the series. The Royals send first-game (but only two innings thanks to rain) starter Yordano Ventura out to keep the Astros from doing that.

The Rangers lead the series 2-1 and hope to win at home. They’ll send out Derek Holland, who’s been in 13 post-season games in his career. He and the Rangers will face R.A. Dickey and his knuckleball. This will be Dickey’s first postseason start.

The series is tied 1-1. The Cubs like their chances in this game, and who wouldn’t? They send All Second-Half pitcher Jake Arrieta to the mound to face the Cardinals, who counter with Michael Wacha.

First, I think this game is going to start on TNT rather than TBS unless the Cubs-Cards game is a blowout; I don’t believe the first game will come in under 2 1/2 hours as it would have to for there to be a seamless switch at 5:30PM PT.

Second, Utley. The latest word is that his appeal is “unlikely to be heard today.”

Utley’s representatives and the Major League Baseball Players’ Association asked for time to prepare their case, which would make Utley eligible to play until a hearing takes place.

Now, the game itself. The Dodgers send Brett Anderson to the hill in his second postseason appearance (2012 for the As), while the Mets send Matt Harvey and his “will he or won’t he throw more than 180 innings this year?” controversy (he wound up throwing 189 1/3 in the regular season) to the mound. Anderson was the best ground-ball pitcher in the big leagues this year, inducing them at a 66.3% rate. Harvey was 8-3 with a 2.23 ERA at home, far better than he was on the road.

This will be the first postseason game ever played at Citi Field; all previous Mets’ appearances were at Shea Stadium.

Tonight's game will start on TNT if STL/CHC has not concluded by 5:37 p.m. PT. https://t.co/sB2geFXRDZ