Death waits for us all, and in an age of pandemic it’s nearer than ever. This weekend we’ve seen it take Tom Dempsey, NFL placekicker, Bobby Mitchell, NFL halfback and wide receiver, and Al Kaline, rightfielder extraordinaire for 22 years with the Detroit Tigers.

Dempsey set the record for longest field goal in NFL history at 63 yards in 1970 when he hit it in the closing seconds of a game against the Lions to give the Saints the win. It held up until Jason Elam of the U of Hawai’i and the Denver Broncos matched it in 1998. It has since been extended to 64 yards by the Broncos’ Matt Prater in 2013. He died from COVID-19.

Dempsey had been battling Alzheimer’s disease and dementia. He was a resident at the Lambeth House senior living center in New Orleans, which has been hit hard by the virus. More than 50 residents have been affected, according to NOLA.com.

Bobby Mitchell, along with Leroy Jackson and John Nisby, were the first black players for the Washington Redskins when they started the 1962 season with the team. George Marshall, the team’s owner, had made it clear he didn’t want black players on his team, but then-Commissioner Pete Rozelle and the Kennedy Administration made it known that he should integrate.

During his first six seasons with the Redskins, he never caught fewer than 58 passes. He was a four-time Pro Bowl selection — once as a running back and three times as a wide receiver.

Kaline joined the Tigers directly from high school in 1953. In 1955 he won an AL batting title and finished second to Yogi Berra in the MVP voting. He won the Roberto Clemente Award for sportsmanship, community involvement and contribution to his team in 1973.

Kaline made his lone appearance in a World Series in 1968, on the Tigers team led by pitchers Denny McLain and Mickey Lolich. Kaline had been sidelined for part of the season with a broken arm, and when he returned he was used mostly as a pinch hitter or first baseman because the outfield trio of Willie Horton, Mickey Stanley and Jim Northrup was playing well.

When the Tigers clinched the pennant, Kaline went to manager Mayo Smith and told him that he didn’t deserve to start in the World Series. Smith ignored him and played Kaline, who batted .379, hit two home runs and drove in eight as the Tigers beat the St. Louis Cardinals in seven games.

Kaline was elected to the Hall of Fame in 1980, his first year of eligibility.

A battle of aces! The Mets send RHP Jacob DeGrom (3-5, 3.75 ERA) to the hill to face the Dodgers’ LHP Clayton Kershaw (4-0, 3.33 ERA). DeGrom has made five starts in May and has a 2.81 ERA to show for them. He was 0-1 with a 3.00 ERA in two starts against the Dodgers last season. Kershaw made his fifth quality start of the season last time out, and he’s got a 19-game unbeaten streak going dating back to last year. He’s 10-0 with nine no-decisions in that time, the longest active streak in the major leagues.

SI says Bellinger is making batting average relevant again. Making the case that 1941 was a long time ago and a lifetime away in baseball eras,

When Williams hit .406, the average major league game had 7.1 strikeouts. Now there are 17.5 strikeouts every game. Today the average reliever–not your All-Star closer, just your garden-variety reliever–strikes out batters at the same rate Sandy Koufax did (9.3 per nine innings). Of course, the average reliever also throws 94 mph with a wicked slider and every team is stocked with them.

R.I.P., Bill Buckner. The Dodgers traded him to the Cubs for Rick Monday in 1977, and you’d have to say the Cubs got the better of the deal. However, Garvey was entrenched at 1B and the newly-acquired Dusty Baker was signed to play left field. Buckner was coming off a serious ankle injury, the Dodgers didn’t think he could play center and they wanted more power at that position than they thought Buckner could provide. Monday promptly had the worst year of his career and after one more year as a starter he spent four years as a reserve with the Dodgers, retiring in 1984. Buckner went on to have 10 more productive years including a batting title in 1980.

“We are honored to pay tribute to the 25th anniversary of Homer at the Bat.The Simpsons has left an impressive imprint on our culture as the longest-running American sitcom, and ‘Homer at the Bat’ remains as popular today as when the episode aired in 1992. ” – Hall of Fame President JEFF IDELSON, commenting about the Cooperstown celebration of the animated series.

The Baseball Hall of Fame inducts fictional cartoon character Homer Simpson as part of the celebration of the 25th anniversary of the Simpsons episode ‘Homer at the Bat.’ As part of the ceremony, a roundtable discussion of the much-beloved episode includes comments by real Hall of-Famers Wade Boggs and Ozzie Smith, who played themselves on the animated show, as well as executive producers Al Jean and Mike Reiss, director Jim Reardon, executive story editor Jeff Martin and casting director Bonnie Pietila.

R.I.P. Frank Robinson. He was a force on the field for the Reds and then for the Orioles. Even at age 36 he had a slash line of .251/.353/.442 with 19 HR and 59 RBI in one season with the Dodgers. I remember hearing Dodgers-Reds games in the early 1960s and worrying when he was about to come up. The 1961 team which won the NL pennant had F Robby, Wally Post and Vada Pinson in the outfield and Joey Jay, Bob Purkey and Jim O’Toole in the rotation with a young fireballer named Jim Maloney in the bullpen where he was joined by wily veteran Jim Brosnan. They were good and Robinson was the best of them.

How tough was he?

Robinson was hit with a pitch 198 times in his career, an outlandish amount for such a great player. Nobody else hit that often ever had even 350 home runs. Aaron was hit only 32 times, Clemente 35 and Mays 44.

He was so much more than just one of the greatest players of his era, though. He was a tough hard-nosed field manager and executive in the Commissioner’s office after his playing days were done. Let this be his epitaph:

Pioneer, Hall of Fame player, manager, executive … yes, Robinson excelled in multiple capacities like very few ever did. His greatest role, however, may have been as a role model in what it means to compete fully and relentlessly. In that vein, Frank Robinson forever is in nobody’s shadow.

Changes at ESPN’s Sunday Night Baseball: Curt Schilling moves to Monday Night Baseball, John Kruk goes back to Baseball Tonight, and Jessica Mendoza and Aaron Boone move into the chairs next to Dan Shulman for the Sunday game.

Monte Irvin has died at 96. He joined the NY Giants from the Negro League Newark Eagles in 1949 (the second black player on the team behind Hank Thompson) and played left field next to Willie Mays. In the 1951 World Series those three men formed the first all-black starting outfield in World Series history. Jay Jaffe has more.

Erik Bedard will start it against the White Sox. He’ll probably go only two innings or so.

Thursday Clayton Kershaw will start, also against the White Sox. Friday is a split-squad day.

In much sadder news, Minnie Minoso passed away today. He was the first black player on either team in Chicago after he was traded to the White Sox in 1951, two years after he came up with the Cleveland Indians. Young people remember him, if they do at all, as the guy who kept getting active long enough to appear in a game or two in the Seventies and Eighties after his 40th birthday as an owner’s gimmick. That’s a shame, as he was a great ballplayer, a nine-time All Star who had nearly 2,000 hits and a career .298 batting average in his 15 years as a regular outfielder in the big leagues.

The San Diego State University held a memorial service for Gwynn at the Student Union on campus today. There were a lot of current and retired big leaguers there (Adrian Gonzalez attended from the Dodgers, although probably representing himself as an ex-Padre more than the team), and many of them were pretty teary.

I collected a few of the more poignant or remarkable columns I’ve read about Tony Gwynn in one place:

I Was Tony Gwynn’s Bat Boy

How Tony Gwynn Cracked Baseball’s Code And Became A Legend

Nightengale, about Gwynn and Bonds

The Rockies pitch a kid making his second big league start, Tyler Matzek. The Dodgers counter with southpaw Hyun-Jin Ryu, who is 7-3 with a 3.33 ERA on the season. Young Mr. Matzek is a native of Mission Viejo and a 2009 first-round pick (11th overall) out of Capistrano Valley High School. He will be taking on the Dodgers in front of friends and family.

The Rockies have won five straight, including three come-from-behind wins against the Giants in San Francisco over the weekend, while the Dodgers took two of three from the D-Backs.

In case you missed it, Hall-of-Famer Tony Gwynn died earlier today of cancer of the salivary gland. The cancer first appeared in 2009 and then came back in 2012.

My first memory of Gwynn is as a point guard for San Diego State. When he played for SDSU the school was in the WAC, as was the U of Hawaii. You know how some guys do their best against particular teams? Gwynn seemed to be on top of his game whenever UH played SDSU, as did Marshall Faulk for the Aztecs in football.

Josh Beckett (3-3, 2.57 ERA) goes for the Dodgers against Mike Leake (3-5, 3.29 ERA) of the Reds. In five career appearances (four starts) against the Dodgers, he is 2-2 with a 4.80 ERA. Another thing: in the last eight games the two teams have played, each team has won four. Six have been one-run affairs.

Bob Welch, who won 211 games in the major leagues for the Dodgers and As, died yesterday. He was only 57. Here’s Jon Weisman’s appreciation of the former pitcher.

Gordon and Puig are both in the lineup, so hopefully their respective hips are fully recovered. 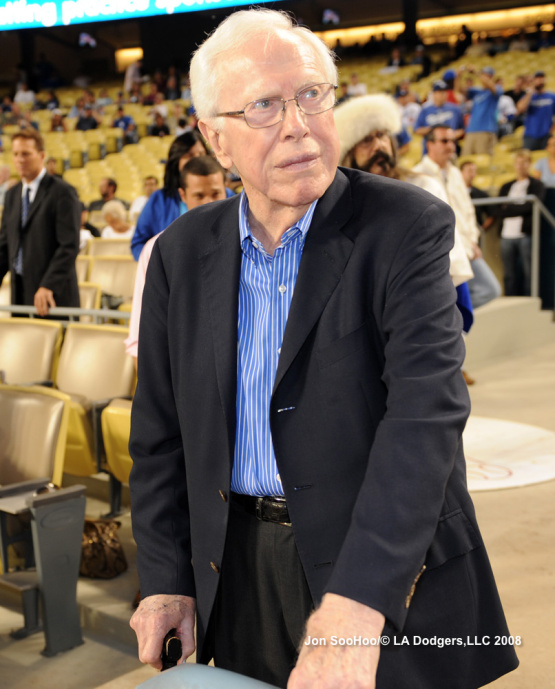 “A 2013 study found that 124 active pitchers, about one-third of those in the majors, had undergone Tommy John surgery at some point in their careers.” The man who invented that surgical procedure died today at the age of 88. Here’s the NYT obituary.

Here’s a wonderful story on the occasion of his Baseball Hall of Fame commendation ceremony in July of 2013, and here’s a photo essay of the doctor by Jon Soo Hoo.