The Giants try to take the third game of a four-game series behind LHP Derek Holland, a non-roster invitee who earned a spot in their rotation with a 4.05 ERA in six appearances this spring. Holland was 7-14 with a 6.20 ERA for the White Sox last year. He’ll face RHP Kenta Maeda, who went 13-6 for the Dodgers last season with a 4.22 ERA. In his two-year career in MLB he’s 3-1 with a 5.56 ERA against the Giants.

1948 At Ebbets Field No. 2, the Dodgers play their first exhibition game at Dodgertown in Vero Beach, which will remain the team’s home for 61 years. Amidst much fanfare, including Governor Millard Caldwell throwing the ceremonial first pitch, Jackie Robinson homers in the first inning as Brooklyn beats its top farm club, the Montreal Royals, 5-4.

The visiting Giants send out the 10-year veteran right-hander Johnny Cueto (8-8, 4.52 ERA in 2017) to face the Dodgers’ LHP Alex Wood (16-3, 2.72 ERA in 2017). Cueto has made nine starts at Dodger Stadium and gone 4-5 with a very good 2.67 ERA. Wood is coming off the best season of his career, so of course he’s abandoned the windup and will pitch solely from the stretch (for now — the first time he suffers through a four-run inning may put paid to that idea).

Utley replaces Kiké at 2B. 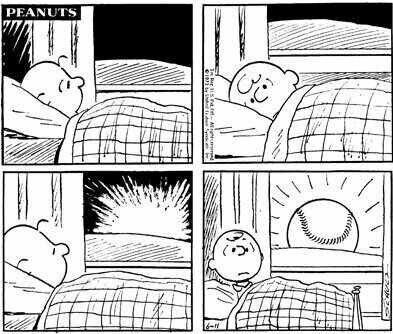 This is a fine how-do-you-do.

Dodgers All-Star third baseman Justin Turner suffered a small non-displaced fracture of his left wrist Monday night when hit by a Kendall Graveman pitch. He will open the season on the disabled list and be re-examined by local hand specialist, Dr. Brian Shafer, on Tuesday to determine how long he will be sidelined.

General manager Farhan Zaidi said this type of injury is “usually on the order of weeks” and surgery probably won’t be necessary. He said the club is not looking to replace Turner with an acquisition because of confidence in its internal depth.

Video of the incident and of Manager Dave Roberts talking about the injury at this link.

Have a nice story complimenting the Dodger Stadium architects and the owners who have kept it up.

Here we are again, folks.

d. Lock-time. All picks will lock at the scheduled tip off time of the Tournament currently scheduled for Thursday, March 15, 2018. Your picks for the matchups must be submitted, received and recorded by Sponsor’s computer by the scheduled locktime.