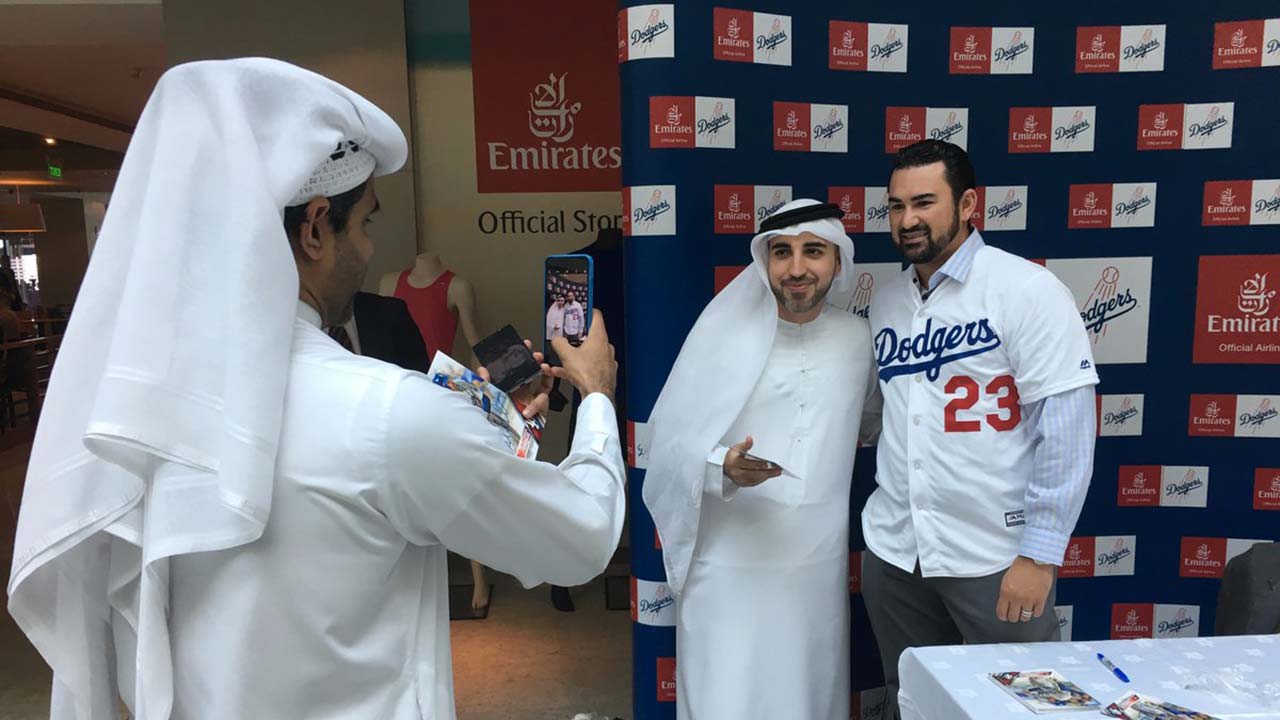 Now that’s a picture I never expected to see. Dave Roberts and Adrian Gonzalez were in Dubai last week to dedicate a Little League park where the Dubai Little League divisional teams the Dodgers sponsor will play.

27 thoughts on “Little League in Dubai!”