In which I mention that I received a baseball book for Christmas which tries to prove using statistics just who the best fielders in baseball history have been. 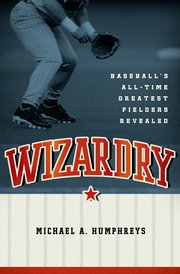 I’ll advise whodunnit when I finish the book.

In case the comments close on the previous post, here’s a new one. Also, if you’re wondering what the college football bowl schedule looks like for the next three weeks, I posted ESPN’s list at my other place.

Update: The Kemp trade is on hold for the moment because a physical showed Matt’s got arthritis in each hip. As Mark Saxon explains, this could blow up “two other trades and three other teams.” That’s because some of the secondary players were being sent on to other teams for yet more players by both the Padres and the Dodgers.

Update: Kemp is gone to the Padres for catcher Yasmani Grandal and a pair of pitching prospects. Fedex also goes to the Padres, along with about $30M to defray part of the cost of Kemp’s contract.

And there’s still tomorrow to find deals which send Ethier, Crawford or Kemp to somebody for a starting pitcher or prospects!

Now that they’ve gotten Kendrick, I can’t see why they’d want Utley except as more bait to trade off, as they did with Heaney (hey, kid, I’d have liked to see you pitch!). Do the Phillies need an outfielder?

Update: changed the post title to day 3, which is accurate. I lost a day somewhere.

Questions 2 through 5. Who cares? The only guess about the Dodgers here is whether they’ll try hard to get one of the available starters: Lester, Hamels, Scherzer or Shields.